Little Corn Island | What to Know Before You Come 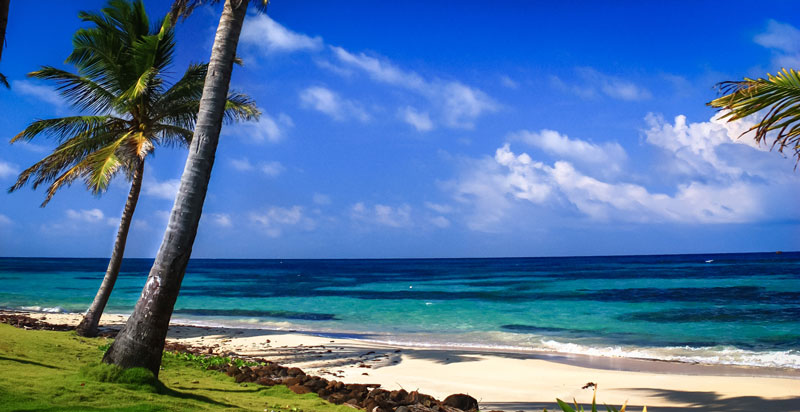 Amazingly close and incredibly inexpensive, the Corn Islands are located approximately 50 miles off the eastern coast of Nicaragua, seductively floating in the Caribbean Sea and are little known islands that are practically untouched by tourism.

After reading more about Little Corn Island and Little Corn Beach and Bungalow, we hope you decide to visit and be our valued guest on your very own Tropical Island Paradise.  See you soon!

More information on the Corn Islands

Little Corn Island is the location of Little Corn Beach and Bungalow and one of two sister islands. Eight miles of ocean lie between Big Corn and our island of Little Corn. Big Corn has an airport with direct air connection to Managua.

To get from Big Corn to Little Corn requires $110 cordobas (about $6 US) to pay your fare for an 8 mile open ocean, open boat ride that typically takes about 30 minutes. The two islands lie about 50 miles off the Eastern shore of Nicaragua and are surrounded by the warm, tranquil Caribbean Sea.

Although the history of the Little Corn Island differs according to whom you consult, one prominent story is that sailing ships (pirates among them) would stop here to replenish their beef supplies, thus “carne” in Spanish became “Corn” in English. At any rate, when you come down ask any local historian to tell you the full scoop about Little Corn Island’s history. Word has it that many of the islands plants have medicinal qualities too. It is all very interesting stuff.

In recent years, Little Corn Island’s economy has been bolstered by the lobster fishing industry.  Recently, Nicaraguan fishing regulations have changed that have created an “off season” for lobster fishing.  This regulation was imposed as there had been unrestricted, continuous lobster trapping which had created a dearth of lobster near the islands.  Now, most lobster traps are set 20 or more miles offshore.  In the mean time, tourism has become the main source of income on the island.  You would not believe it though, as even during high season you can easily find yourself on your own private castaway beach for hours of fun in the sun and sea.

Big Corn Island has around 5,000 residents, 24 hour electricity, cars, taxis ($1 gets you anywhere on the island), a harbor with 70 foot plus fishing boats, an airport, baseball stadium, basketball sports arena and numerous beaches and hotels. Big Corn’s economy is based mostly on fishing, lobster and tourism.  It has more of a “reggae” feel too.

In recent years Big Corn Islands population has diversified as Miskito Indians from Nicaragua’s “Miskito Coast” have moved to the island.  This made English, Creole, Spanish and now Miskito languages heard frequently on both islands. While Big Corn Island is a fun place to visit, Little Corn Island is a totally different place!